Marino Capicchioni was born in Santa Mustiola in the Republic of San Marino on June 28,1895. At an early age worked a local carpenter as a cooper, as well as a carved and furniture maker. He later developed an interest in instrument making and constructed several guitars. He completed his first violin when he was 24. In 1929 he permanently established himself in Rimini were he opened his own workshop. He participated in numerous exhibitions and competitions all over Italy and was praised and recognized for his talent: in 1931 he won the gold medal at the Padua Exposition, and in 1937 he received an honorable mention and a silver medal for his quintet exhibited in the Cremona competition during the Stradivari Bicentenary. 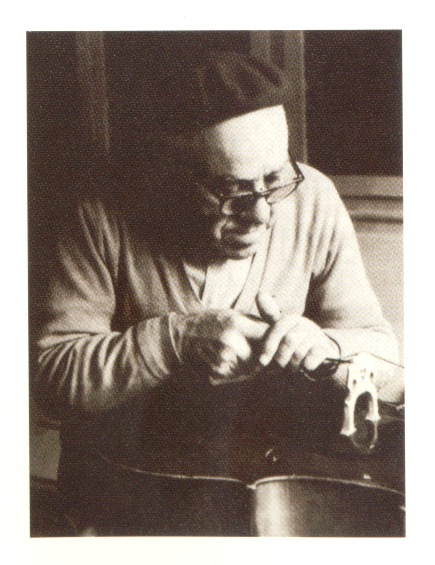 The Vannes Universal Dictionary of Violinmakers quotes that in 1948 Capicchioni had already made 350 violins, 10 violas and 20 violoncellos. In the middle of the 1940's his son Mario began working with him and shared in his business until the Master's death on October 19, 1977.

The Republic of San Marino dedicated a square to Marino Capicchioni, and erected a monument by the sculptor M. Busignani Reffi in his honor.

An overall analysis of Capicchioni's work shop two distinct periods: one to the twenties and thirties and second "golden period" beginning in the forties, the era witch brought him fame. An instrument of his period is pictured here.

His work of the twenties and thirties is distinguished by his continued research for technical and stylistic solutions: the workmanship is good but his distinct personality does not emerge. Although he was inspired by the classical models of Stradivari and Guarneri. In the golden period, the master succeeded in giving a personal influence to his work, a quality which can be recognized almost unmistakably. He always used material of an excellent quality and in order to accentuate the flame of the maple, he developed a special technique for treating the instrument "in the white". When he varnished his instruments, he attempted to age them slightly by accentuating the grain of the spruce on the belly. The varnish used was generally a golden yellow, but one can also find instruments with a lively red coloring. Capicchioni's work was already quite popular in the early sixties and his instruments are still sought out today for their excellent sound.

One of his quartets is on permanent display at the Stradivari Museum of Cremona. 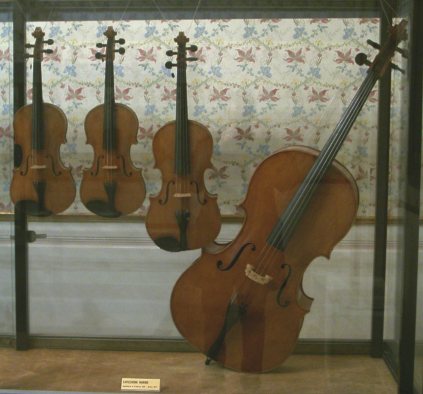